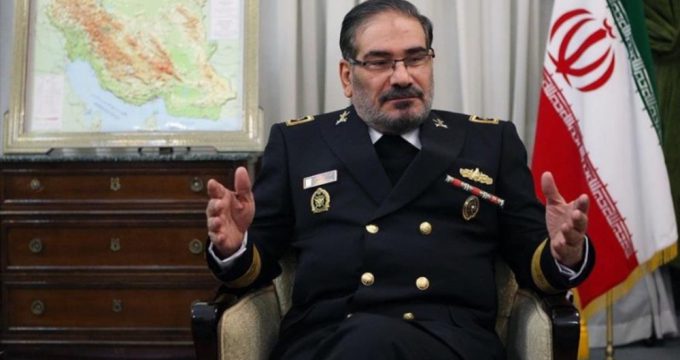 Iran’s top security official has ruled out holding direct talks with the United States during the ongoing sanctions removal talks in Vienna, emphasizing that no face-to-face discussion has been or will be held between Iranian and American diplomats in the course of the talks.

“So far, [our] contacts with the US delegation in Vienna have been through exchanging non-papers. Neither has there been nor will there be a need for more,” Secretary of Iran’s Supreme National Security Council (SNSC) Ali Shamkhani said in a post on his Twitter account on Tuesday.

However, Shamkhani said that such a communication method between Tehran and Washington could be replaced by other methods if a “good agreement” is within reach in the Austrian capital.

Meanwhile, US State Department spokesman Ned Price said on Monday that Washington remains open to meeting with Iranian officials directly to discuss the Joint Comprehensive Plan of Action (JCPOA), commonly known as the 2015 Iran deal, and other issues.

“We are prepared to meet directly. We have consistently held the position that it would be much more productive to engage with Iran directly on both JCPOA negotiations and on other issues,” he told reporters.

Russia’s Permanent Representative to International Organizations in Vienna, Mikhail Ulyanov, also tweeted that direct Iran-US dialogue “at advanced stage of the Vienna talks might be useful.”

es, direct talks at advanced stage of the #ViennaTalks might be useful . https://t.co/pdc2kDIYz5

Iran and the remaining participants to the JCPOA have been holding talks in Vienna since April last year with the aim of reviving the deal by bringing the US into full compliance.

The US left the JCPOA in May 2018 under former president Donald Trump. The Vienna talks began on a promise by Trump’s successor, Joe Biden, to rejoin the deal and repeal the so-called maximum pressure campaign against Iran. Biden, however, has so far failed to undo Trump’s own undoing of Barack Obama’s Iran policy, which led to the JCPOA in June 2015.

Due to the latest developments, many observers now believe that the talks are advancing at an optimal pace and if all sides act realistically, a final agreement could be achieved within a logical time interval.

Tehran has not allowed the US to attend the negotiations due to its withdrawal from the JCPOA and its failure to remove its anti-Iran sanctions. As a result, the other participants are conducting shuffle diplomacy between the two sides.