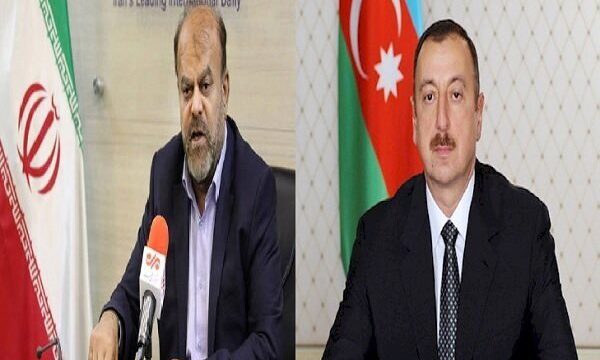 Iran roads min. due in Baku for bilateral talks

Iranian Minister of Roads and Urban Development will depart for Baku on Monday to visit senior officials of the Republic of Azerbaijan to discuss transport capacities between the two countries.

In his three-day visit, Ghasemi will hold bilateral talks with senior Azeri officials for the development of mutual cooperation in the fields of transport, transit as well as following up joint infrastructural projects.

According to the scheduled program, the Iranian Roads Minister will hold meetings with Azeri President Ilham Aliyev, Deputy Prime Minister Shahin Mustafayev and Minister of Digital Development and Transport Rashad Nabiyev to discuss the construction of a joint road on Astarachay River as well as facilitating in transit of trade fleet of the two countries.

Also, visiting the Astara-Astara railway port project, visiting the project of constructing a joint road bridge on the Astarachay River and visiting the transit routes are among the programs of the Minister of Roads and Urban Development during his visit to the Republic of Azerbaijan.