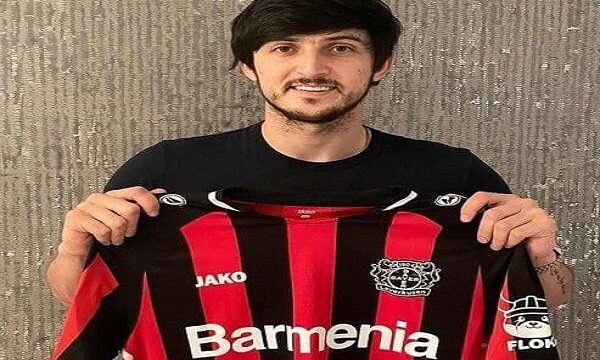 No details of the contract have been revealed to the media yet.

Yesterday, the “bulinews.com” sports website said that since moving to Zenit after the 2018 World Cup, Azmoun scored 54 goals in 85 appearances across all competitions over the past three seasons. The 26-year-old now has a market value of €25 million.

The transfer has been confirmed by a photo and also a tweet by the German team. The Iranian footballer is seen in a photo alongside the managers of his new team.

Azmoun is the fourth Iranian player who plays for Bayer Leverkusen following three other Iranian players Dariush Yazdani, Mehdi Pashazadeh and Ali Mousavi who played for the German team in the past.