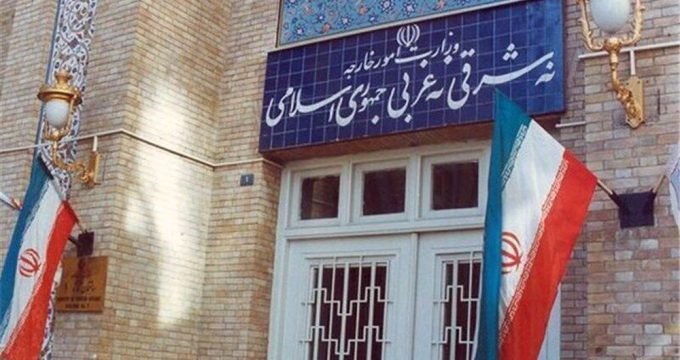 Iran: Israel exploiting intl. mechanisms to cover up own crimes

Iran has rejected an Israeli-initiated UN resolution against Holocaust denial, saying the document is a new manifestation of efforts by the occupying regime aimed at taking advantage of international mechanisms to cover up own atrocities.

In a statement released on Friday, Iran’s Foreign Ministry dissociated Tehran from the resolution, which was sponsored jointly by Israel and Germany and was adopted by consensus at the UN General Assembly the previous day.

“This measure is another attempt by the Zionist regime to abuse the UN mechanisms in order to cover up its daily crimes. These days, unfortunately, this attempt has been accompanied by the West’s unreasonable support. As it is clear to everyone, the crimes of World War II took place due to the two motives of racism and expansionism. The Zionist regime is now an inheritor and flag bearer of the two evil temperaments,” it said.

“The regime’s racist approach has been clarified in numerous international documents, and despite the strong will of the international community, Israel remains the only racist regime with an expansionist ideology. The Islamic Republic has always condemned genocide under any circumstances and considered it unjustifiable. That is why during World War II, Iran hosted refugees from some European countries, while the fake Zionist regime has constantly tried to use World War II victims and the Jews as an excuse for its shameless and aggressive actions.”

The Iranian Foreign Ministry also denounced the crimes committed by Tel Aviv against the Palestinians and other regional nations.

“By violating international law over the past seven decades, this regime and its leaders have committed all kinds of crimes, especially crimes against humanity, against the Palestinian people and the people of the countries in the region. Genocide, assassination, racial cleansing, house demolition and siege are among the atrocities that the Zionist regime is constantly perpetrating,” it added.

“The Islamic Republic reiterates that preventing the recurrence of historical catastrophes requires historical research, which should be done without political judgments and prejudices. Therefore, such constrictive approaches are not acceptable, and such a resolution is not deemed based on consensus, and is thus rejected.”