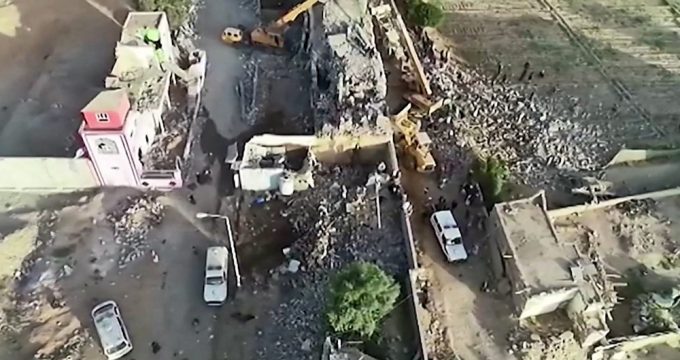 Iran has condemned the deadly Saudi-led airstrikes in Yemen, warning that the attacks that killed at least 90 people have made achieving the peace in the war-torn country more difficult.

“The continuation of the [Saudi-led] coalition’s military attacks on Yemen [which are carried out] amid the silence and indifference of the international community, the uncontrolled sale of weapons to the aggressors and adoption of biased approaches and double standard policies in international circles in the face of seven years of cruel aggression against the Yemeni people have made the path to achieve a just peace in the country even more difficult,” Iranian Foreign Ministry spokesman Saeed Khatibzadeh said in a statement on Saturday.

He added that countries that sell weapons to the aggressors in Yemen and provide them with bombs and destructive arms, which have led to the killing of Yemeni women and children, are complicit in such crimes and should be held accountable in this regard.

The Iranian spokesperson stressed that the persistence of Yemen’s siege and bombardment of its people indicate a lack of “serious determination to advance a political settlement of the Yemeni crisis and also shows insistence on a destructive military approach.”

Such an approach would have no result but the destruction of Yemen and the spread of instability in the region, Khatibzadeh warned.

Dozens of people were killed and more than 260 others injured, most of them in critical condition, in Yemen following a series of airstrikes on Thursday and early Friday.

Warplanes of the Saudi-led military coalition pounded a detention center in Sa’ada in the early hours of Friday, killing at least 70 people and injuring some 140 others, with reports saying that the death toll is expected to rise since many of the wounded were critically injured.

A spokesman for Yemeni Armed Forces called on foreign companies to pull out of the UAE following the deadly airstrikes.

“In the aftermath of the crimes committed by the Saudi-led coalition of aggression against Yemeni people, we advise foreign companies in the Emirates to leave because they have invested in an unsafe country,” Yemen’s Armed Forces spokesman Yahya Saree tweeted on Friday.

A Saudi military spokesman denied deliberate targeting of the detention center, raising questions as to whether the United Arab Emirates had carried out the heinous attacks.

The United Nations condemned the airstrike by the Saudi-led coalition in Sa’ada.

Saudi Arabia, backed by the United States and regional allies, launched the war on Yemen in March 2015, with the goal of bringing the government of former Yemeni president Abd Rabbuh Mansour Hadi back to power and crushing the Ansarullah movement.

The war has left hundreds of thousands of Yemenis dead and displaced millions more. It has also destroyed Yemen’s infrastructure and spread famine and infectious diseases there.

Despite heavily-armed Saudi Arabia’s incessant bombardment of the impoverished country, the Yemeni armed forces and the Popular Committees have grown steadily in strength against the Saudi-led invaders and left Riyadh and its allies bogged down in the country.