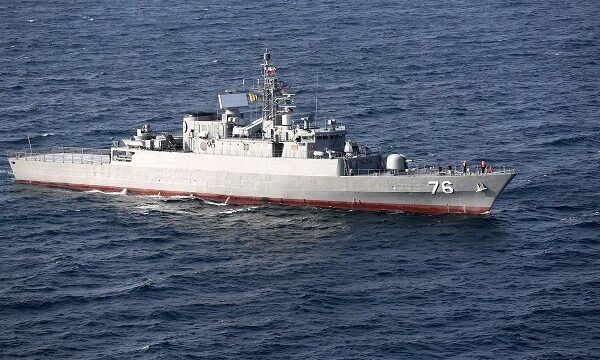 A trilateral Combined Naval Drill, dubbed as “Maritime Security Belt 2022,” kicked off on Friday in North Indian Ocean with the participation of military units from Iran, China and Russia.

The joint naval drill participated by naval and airborne forces the Iranian Navy, Islamic Revolution Guards Corps (IRGC) Navy, and vessels from China and Russia kicked off in Indian Ocean on Friday.

Rear Admiral Mostafa Tajeddini the Spokesman for the naval drill said that this is the third combined naval exercise that will be held with the participation of Iran, China and Russia.

The naval drill was held with the aim of strengthening security in the region, enhancing marine security, combat piracy and maritime terrorism and exchange of information, he added.

With the planning made in this regard, various tactical exercises such as rescuing the floating vessel from fire, freeing the hijacked vessel and shooting against specific naval targets during day and night will be practiced by the naval units of Iran, China and Russia in the exercise, Rear Admiral Tajeddini emphasized.

He considered the North Indian Ocean region ‘very important’ due to the existence of waterways and important straits of Bab al-Mandeb, Malacca and Hormuz and said, “These three straits are mentioned as golden triangles in the region and also Sea of Oman and North Indian Ocean are among the crucial trade areas.”

Therefore, Islamic Republic of Iran, China and Russia, with their collective efforts to achieve sustainable maritime security in this region and its vital waterways, are going to safeguard their interests in this area, the rear admiral added.

The Combined Naval Exercise, Maritime Security Belt 2022 is held under the slogan of “Together for Peace and Security” over an area of ​​17,000 square kilometers.