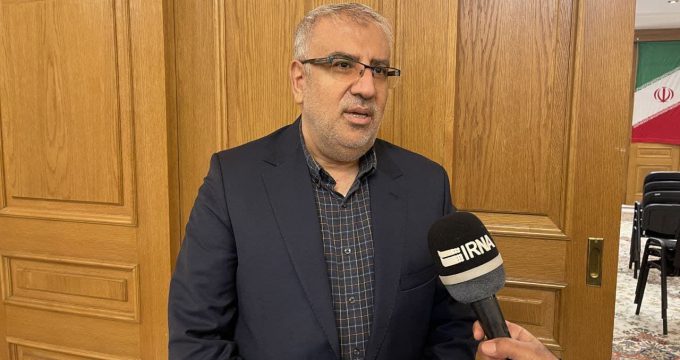 Owji who is accompanying President Ebrahim Raisi in the visit to Russia told IRNA’s correspondent in Moscow that he has had good meetings with Russia’s energy minister and deputy prime minister and more important agreements were achieved than expected.

He said that good agreements were made and important documents were signed by capable Russian companies in gas and oil fields development, construction of refineries and transfer of technology and technological equipment.

I can say the effects [of the agreements] will soon be witnessed in the area of energy, he said, adding that all the objectives will be realized, considering the serious will and determination of Iranian and Russian sides.

The oil minister said that Iran had prepared a joint comprehensive program from a month ago and had delivered it to the Russian companies and they had shown interest.

He pointed out that Iran and Russia are both targeted by sanctions and he has as the newly-appointed head of Iran-Russia joint economic commission informed the Russian side that the Islamic Republic of Iran, President Raisi’s administration, and the oil ministry are determined to have strong, constant ties with Russia.

Iran and Russia had identical viewpoint and similar decisions in the OPEC Plus, the minister noted.

Owji also wrote in a tweet after the meetings that Iran and Russia are two important players in global energy and have many areas to cooperate in.