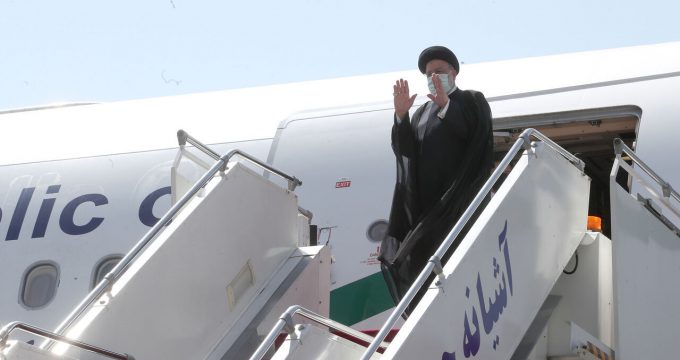 The Moscow visit of President Raisi is in line with widening cultural, political, and economic interactions.

In Moscow, Iranian president will meet with his Russian counterpart Vladimir Putin.

Also, delivering a speech at Russia’s State Duma, meeting with Iranians residing in Russia, and holding a meeting with Russian businesspeople are among President Raisi’s plans in Moscow.

Iran’s ministers of foreign affairs, petroleum, and economy will accompany the president during his two-day Moscow visit.

Referring to Iran-Russia economic and political relations, the President said that today’s trip can be a turning point in all ties the two countries have.

The Islamic Republic of Iran is an independent and a powerful country, so dialogue between Tehran and Moscow can affect regional security and economy as Russia is also an important and powerful state, the President noted.

As he said, Iran and Russia are members of several bodies including Shanghai Cooperation Organization (SCO) in the region and the issue can lead to Tehran’s good cooperation with other countries, Russia in particular.

Also referring to the effective role of Russia in the Eurasian Economic Union (EAEU), the President said that Iran’s cooperation with Russia can help take economic and trade steps to promotion.