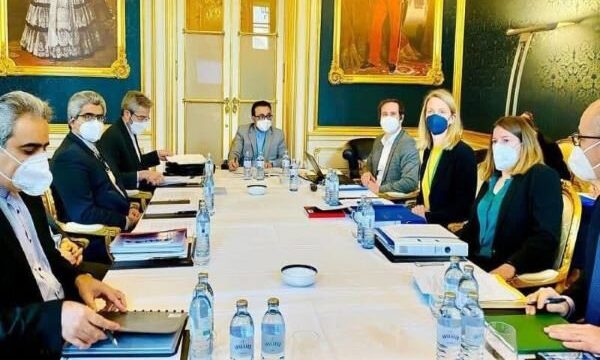 Intensive diplomatic and expert consultations continue on Wednesday as Ali Bagheri Kani, Iran’s chief negotiator, arrived at the Coburg Hotel in Vienna to continue talks with the European envoys on the removal of sanctions.

Meetings at the expert level started on Wednesday morning on various topics. These meetings are taking place based on an agreement reached at the lastest meeting of the Joint JCPIA Commission, during which the representatives of the P4+1 agreed to prioritize the removal of anti-Iran sanctions.

So far, two expert meetings have been held on the implementation of a possible agreement since the beginning of the eighth round of talks on December 27. The majority of the negotiating delegations confirm that progress has been made in the talks and that negotiations are advancing.

Iranian Foreign Ministry spokesman Saeed Khatibzadeh has said some of the paracenteses, which are considered to be differences in the draft agreement, “have been cleared and agreements on ideas are being turned into words and sentences.”

Meanwhile, an official close to the European negotiating team had previously said that the talks had reached a stage where the negotiators are discussing how to turn the issues agreed upon in principle into words and into documents.

According to the latest reports, the negotiations are still ongoing and there is still no prospect for the end of the eighth round for the time being.