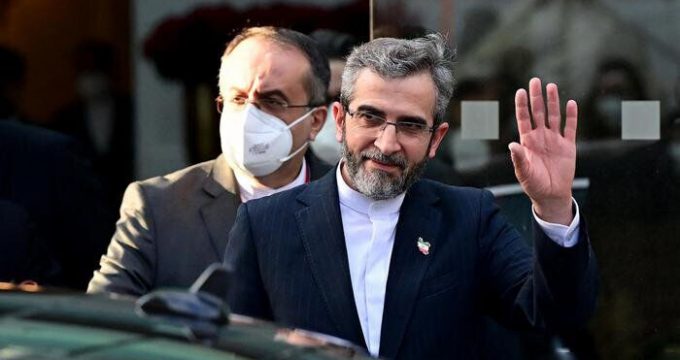 Top negotiators to resume Vienna talks as of Monday

The new round of Vienna talks between Iran and P4+1 will be resumed in the presence of the top negotiators of all parties in the Austrian capital on Monday.

The heads of the negotiating delegations of Iran and P4+ 1 will return to Vienna to resume negotiations on Monday.

These negotiations began on November 29 in the presence of the deputy foreign ministers and with a focus on the removal of all US sanctions imposed on Iran.

Despite having many differences in various issues, the parties have been able to find significant solutions to resolve these differences.

Earlier on Monday, the Iranian Foreign Ministry Spokesperson said, “All sides [ in Vienna talks] are striving to reach a lasting understanding. The focus of the talks is on the removal of sanctions in a verifiable way, as well as nuclear issues, and in some cases, it has progressed.”

During the previous round of the talks, the first under Iran’s new President Ebrahim Raeisi, Iran presented new proposals at the negotiating table to help the talks move forward and later criticized the European signatories of the JCPOA for failing to follow suit and remaining passive.