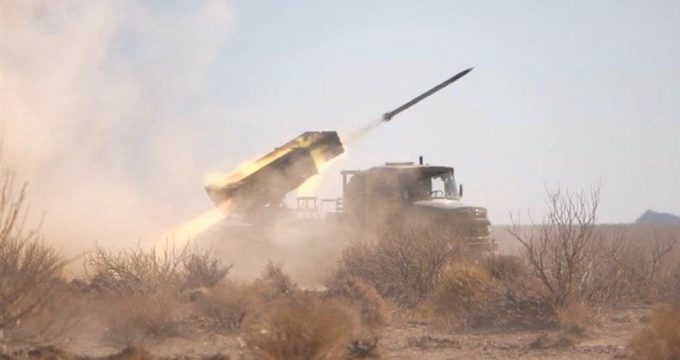 The Islamic Revolution Guards Corps (IRGC)’s Ground Force has launched the largest ever combined military exercise in the country’s southeast.

The drill, code-named Mohammad Rasoolullah (Muhammad the Messenger of God) (PBUH), was held by the Quds Base of the IRGC’s Ground Forces in the southeastern province of Sistan and Baluchestan on Thursday.

Described as one of the largest operational training drills of the IRGC in the country’s southeast, the exercise, with a geographical and operational focus, was held in a combined format in two major military and non-military phases, Tasnim News Agency reported.

In the military phase of the exercise, infantry and commando forces also took part in the drill, which involved practicing electronic warfare, with a focus on offensive operations and strong defense.

“One of the important and operational features of the exercise, which was carried out with the participation of the Basij volunteer forces, Iran’s Law Enforcement Forces and border guards, was the focus on the people’s role in ensuring lasting security,” according to the report.

Last month, the IRGC launched a large-scale military exercise in an area stretching along the southern shores of the country on the Persian Gulf and the strategic Strait of Hormuz.