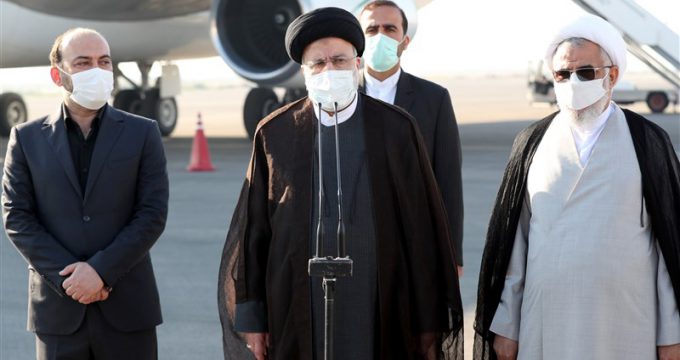 During a visit to the southern province of Hormozgan on Thursday, the president thanked the Armed Forces that “have guaranteed security of the sea, land and air”.

He said the forces’ vigilant and insightful presence in different fields has helped secure the province, the region and the Persian Gulf.

Elsewhere in his remarks, Raisi highlighted the potentials and capacities of Hormozgan in such fields as trade, industry, agriculture and tourism and said they should be used to resolve the economic problems.

Iranian officials have repeatedly underscored the ability of regional countries to ensure security in the Persian Gulf and deplored the presence of foreign forces in the region.

In May 2020, Leader of the Islamic Revolution Ayatollah Seyed Ali Khamenei said the Persian Gulf belongs to the nations living there, and those are the ones responsible for ensuring its security.

“The Persian Gulf belongs to the nations living there. Its security is the duty of these nations, & Iran with its long coastlines has a key role in keeping the security of this region. By God’s grace we will do our part. This is our historical, geographical & regional duty,” the Leader said at the time.