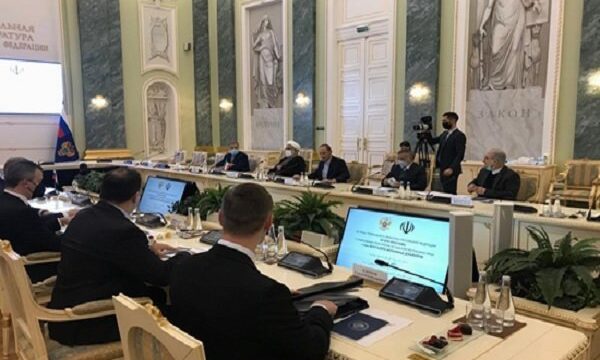 In a meeting with Russian counterpart, Iran’s Prosecutor-General Mohammad Jafar Montazeri stressed the need for cohesive cooperation between the Iranian and Russian judiciary systems in the fight against organized crimes.

Heading a delegation, Montazeri has traveled to Russia to hold a bilateral meeting with Igor Krasnov Prosecutor-General of Russia.

During the meeting, Iran’s Prosecutor-General stressed the need for expanding integrated cooperation between the judiciary systems of Iran and Russia in the fight against organized crime, especially terrorist crimes.

The need for strengthening cooperation on extradition, assistance in the transfer of convicts, and expanding judicial cooperation in the framework of MoUs were among the issues discussed in the meeting.

Ali Akbar Bakhtiari, the head of the Attorney General’s Office, accompanied the Iranian Prosecutor-General in his visit to Russia.