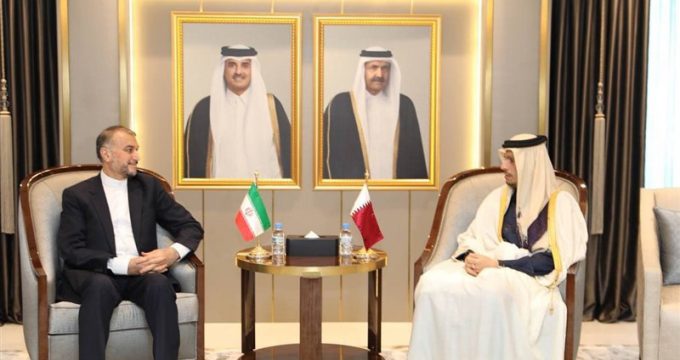 The foreign ministers of Iran and Qatar talked about a range of regional and international issues, including the latest developments in Afghanistan and Yemen.

The two senior diplomats talked about the regional and international cooperation between Iran and Qatar, as well as the most recent developments in Afghanistan and Yemen.

Stressing the need for the expansion of economic and trade cooperation between two countries, Amirabdollahian said the Iranian administration gives priority to its neighbors.

He also noted that Iran welcomes closer interaction and dialogue with regional countries for the establishment of stability in the region.

For his part, the Qatari foreign minister voiced his country’s willingness to enhance cooperation and boost economic ties with Iran.