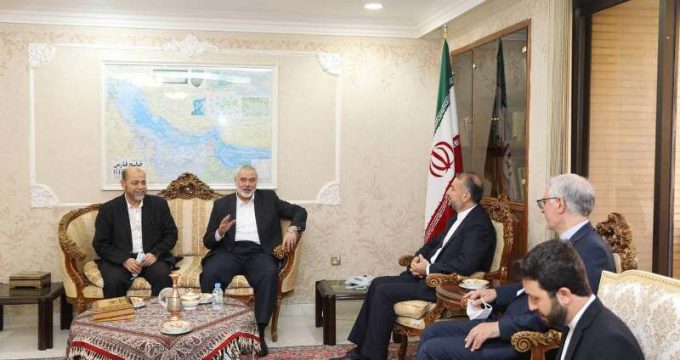 Iranian Foreign Minister Hossein Amirabdollahian and Leader of the Palestinian group Hamas Ismail Haniya met and conferred in the Qatari capital on Tuesday.

The two met in the Iranian embassy in Doha.

Speaking during the meeting, Amirabdollahian once again condemned the brutalities of the Zionist regime against the Palestinian people living in the occupied lands and Gaza Strip.

He reiterated Iran’s support for the Palestinian resistance and their legitimate defense in the face of the Zionist occupation.

Haniya, for his part, hailed Iran’s all-out support for the Palestinian cause and called for collective efforts of all the Islamic and Arab countries and the international community, as well to prevent the brutalities of the Zionist regime.