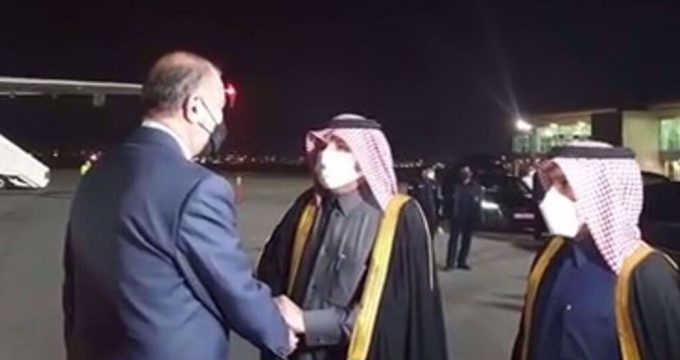 Iran’s Foreign Minister Hossein Amir-Abdollahian has arrived in Qatar on the second leg of his regional tour with the intention of advancing the Iranian administration’s policy of establishing closer ties with neighboring countries.

Speaking upon his arrival in Doha early on Tuesday, Amir-Abdollahian stressed that his visits to Oman and Qatar are in line with strengthening Iran’s friendly relations with its neighbors.

He is set to meet with Qatrai Emir Sheikh Tamim bin Hamad Al Thani and Foreign Minister Mohammed bin Abdulrahman bin Jassim Al Thani later in the day to discuss the development of bilateral cooperation, especially in the field of trade and on regional and international issues.

The top Iranian diplomat told reporters that he would exchange views with Qatari officials on Iran’s capacity to provide the 2022 FIFA World Cup host with technical and engineering services.

He said that in Muscat, he exchanged views with Omani officials on the political cooperation between the two countries, on the investment in Iran’s port city of Chabahar, and on the resumption of vessel movements along with Iran Air and Oman Air flights.