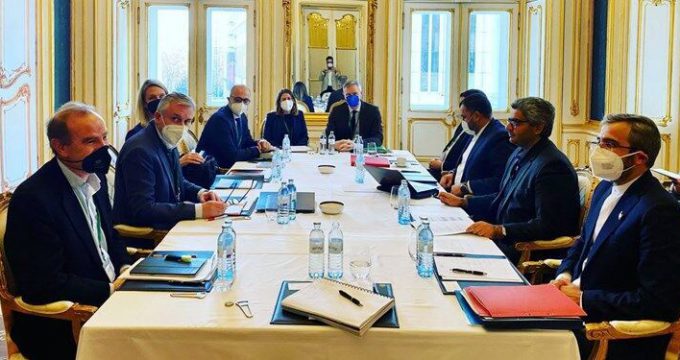 The new envoys of UK and Germany on Saturday met and held talks with Iranian Deputy Foreign Minister and head of the Iranian team in Vienna talks Ali Bagheri Kani.

Following the meetings, a meeting was held at the Coburg Hotel in Vienna with the presence of head of the Iranian team in Vienna talks, the Coordinator of the Joint Commission of the IAEA Board Enrique Mora, and the representatives of the three European countries to the JCPOA (including both new negotiators and two former UK and German Envoys).

The 8th round of Vienna nuclear negotiations which started on November 29 has now reached a sensitive point.

Iran has announced that if an agreement is reached in Vienna the side that has breached the 2015 agreement must remove all sanctions, and after verification of its acts, Iran’s moves in the framework of the JCPOA will be implemented.

The more serious the other side in lifting the sanctions and accepting Iran’s proposals, the shorter the time needed for the final agreement, Iran has emphasized.