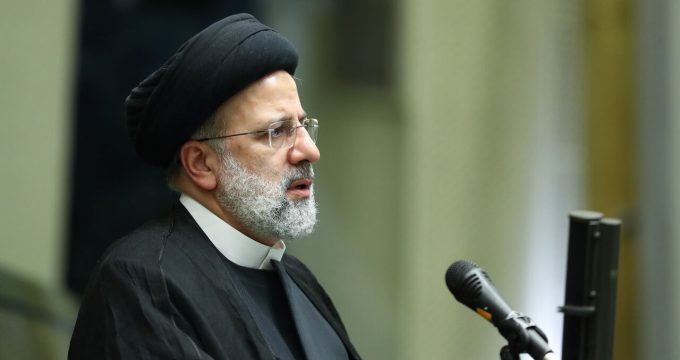 Removal of US sanctions being pursued in dignified manner: Pres. Raisi

Referring to ongoing sanction removal talks between Iran and the P4+1 group in Vienna, the Iranian President stressed that the removal of sanctions is being pursued in a dignified manner in these talks.

Addressing the open session of the Iranian Parliament on Sunday, Iranian President Ebrahim Raisi spoke about the achievements of the 13th government in tackling and overcoming the country’s economic problems.

Referring to the growing trend of exports under his administration, the President said, “Iran’s non-oil export is witnessing a 40% growth and we should try to improve Iran’s share in the regional economy.”

Elsewhere in his remarks, the Iranian President pointed to the issue of nullifying and removal of anti-sanctions, saying that the removal of sanctions is being pursued in a dignified manner.

He also expressed hope by pursuing things with strength, belief, and trust in God, the efforts will definitely lead to victory.