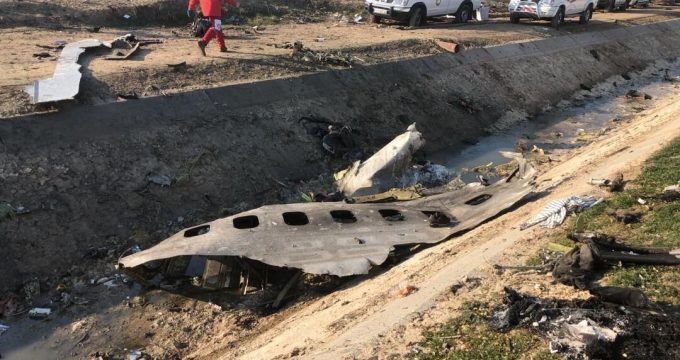 Iran says it remains ready to hold bilateral talks with each of the concerned parties over the accidental downing of a Ukrainian passenger plane near Tehran two years ago.

In a Friday statement, Iran’s Foreign Ministry said based on its goodwill and respect for the countries’ sovereignty, domestic laws and international obligations, Tehran is still ready to negotiate bilaterally with any of the concerned countries in connection with the downed Ukrainian plane on the measures which have been taken so far.

It added that Iran has participated in three rounds of bilateral talks with the Ukrainian government in Kiev and Tehran and provided the necessary explanations on various aspects of the incident.

The Iranian and Ukrainian experts have precisely investigated all aspects of the plane crash in full detail, it noted.

On January 8, 2020, the Ukraine International Airlines flight PS752, en route to Kiev and transporting mostly Iranians, crashed minutes after takeoff near the Iranian capital, killing all the 176 on board.

The plane was shot down by Iran’s air defenses, which mistook the aircraft for a military target amid tensions between Tehran and Washington following the US assassination of revered Lieutenant General Qassem Soleimani in Iraq days earlier.

he Foreign Ministry warned, however, that some countries have taken illegal actions and are trying to exploit the tragic incident.

The statement, which was issued on the second anniversary of the tragic event, said all relevant bodies in Iran have carried out their duties with precision, transparency and speed in accordance with domestic and international laws immediately after the crash.

“So far, several hearings have been held in the presence of the families of the victims,” it added.