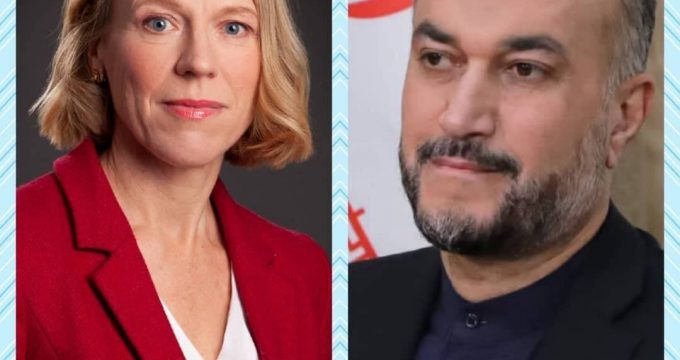 In a telephone conversation with Norwegian foreign minister Anniken Huitfeldt, Amirabdollahian and Huitfeldt exchanged views on bilateral relations, regional and international issues, as well as the talks on the removal of sanctions in Vienna.

Referring to the high economic and technological potentials of the two countries, Amirabdollahian expressed hope that the cooperation between the two countries would increase to develop relations.

Referring to the talks in Vienna, Amirabdollahian said that now the general atmosphere of negotiations is positive, and if the parties return to their full obligations in the JCPOA, Iran will also stop its compensatory measures.

“The Western parties should show their good faith not only in words, but also in deeds and the desired practical action is to lift the sanctions and return to JCPOA,” he added.

Referring to the Vienna talks, Huitfeldt said that “we are following the talks closely and are aware of Iran’s constructive cooperation with the International Atomic Energy Agency”.

She expressed hope that the Vienna talks would lead to a good agreement between the two sides.