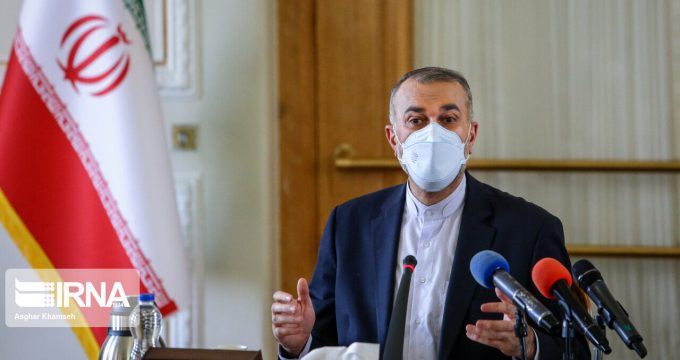 Iran’s Foreign Minister Hossein Amir-Abdollahian says during sanctions removal talks in Vienna, Tehran seeks guarantees that no further sanctions will be imposed on the country once they are removed.

Amir-Abdollahian made the remarks in an exclusive interview with Al Jazeera news network on Monday, during which he elaborated on the overall course of negotiations in the Austrian capital with the goal of removing illegal sanctions imposed on the Islamic Republic.

“We seek removal of sanctions that were imposed on Iran by [former US President Donald] Trump, especially those sanctions that are at odds with the [2015] nuclear deal [officially known as the Joint Comprehensive Plan of Action (JCPOA)],” Iran’s foreign minister said.

Amir-Abdollahian added, “We also want guarantees that no new sanctions are imposed and that the existing sanctions would not be reimposed once they are removed.”