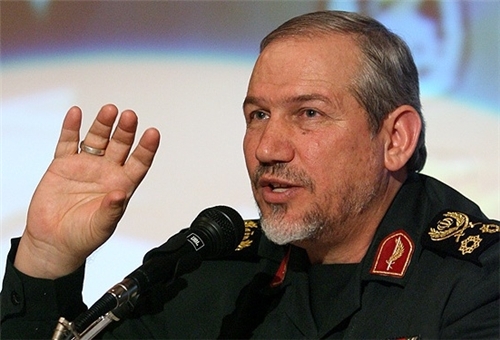 Stating that Iran and the Resistance front are reshaping the geopolitics in the region, Yahya Rahim Safavi described the Muslim world as a future power that can compete with current dominating Western and Eastern powers.

Speaking at the International Conference on Iran and Neighbors on Tuesday, a top military aide to the Leader of the Islamic Revolution Major General Yahya Rahim Safavi said the current century will witness the Muslim world as a new pole of power with a cultural, civilizational, economic, and demographic nature that would put up great resistance against Western and Eastern powers, stressing that hat Iran and the Resistance front are reshaping the geopolitics in the region.

The geopolitics of resistance means “changing the social, cultural (religious), economic, and military structures and processes of the Islamic Ummah (community) so as to gain freedom and independence and form the Islamic world’s power in competition with the dominating powers of the West and East at various national, regional, and global levels,” Rahim Safavi said.

Following the 1979 Islamic Revolution, the resistance focused on the issue of Palestine and the Zionist regime’s aggression and occupation, followed by the struggle against corrupt and oppressive governments in Islamic countries, he noted.

Rahim Safavi also stressed Iran’s role in presenting and institutionalizing the concept of resistance after the former Iraqi dictator Saddam Hussein’s imposed war against Iran in the 1980s.

He further cited Lebanon’s Hezbollah resistance movement, Palestinian resistance groups, Iraq, and Syria as members of a new resistance bloc, saying, “With the birth of the Ansarullah movement in Yemen, this bloc or axis is having another official member today.”

Rahim Safavi hailed the IRGC Quds Force as “the engine and operating agent of the resistance.”

“In fact, what has made the United States angry with the Islamic Republic is the process of generating power in Iran’s regional politics. This power has been created in the first layer in West Asia with the wise and courageous leadership of the Leader of the Islamic Revolution and the role of the Quds Force in the battlefield under the command of the martyred general, Qassem Soleimani,” the commander said. “In parallel with the advent of the new arrangement or order led by the Islamic Republic in West Asia, based on the shared goal of countering American hegemony, Latin American countries, including Venezuela, Cuba, and Peru, have also strengthened their ties with the resistance front.”

The US terrorist forces assassinated Lt. General Qassem Soleimani, who was among the key figures in the fight against terrorism in Syria and Iraq in the past several years, and Abu Mahdi al-Muhandis, the second-in-command of Iraq’s pro-government Popular Mobilization Units (PMU) in an airstrike ordered by former US President Donald Trump at Baghdad’s international airport on January 3, 2020.

Both commanders were highly popular because of the key role they played in eliminating the Daesh terrorist group in the region, particularly in Iraq and Syria.