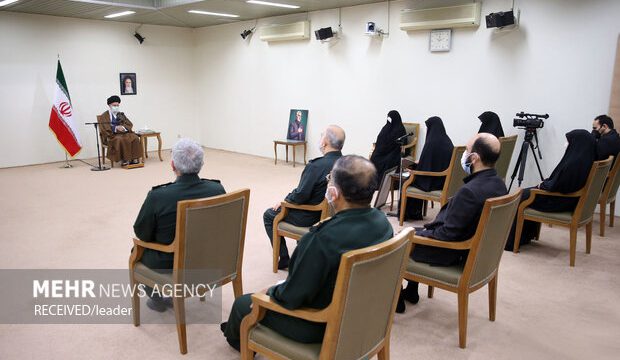 Leader of the Islamic Revolution Ayatollah Seyed Ali Khamenei paid tribute to late commander Lt. General Qassem Soleimani, saying the martyr’s blood has given fresh impetus to the resistance and forced the enemy to retreat at all fronts.

Ayatollah Khamenei had a meeting on Saturday with the family of General Soleimani on the second anniversary of the popular commander’s martyrdom.

The Leader said while the enemy had plans to extinguish the light of resistance by committing the crime of assassination of General Soleimani, the miraculous impact of his blood resulted in the progress of resistance and has made the enemy move back in all fronts.