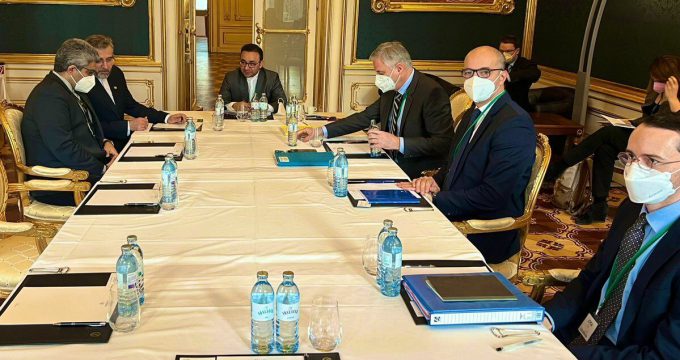 The Vienna talks between Iran and the P4+1 is ongoing, but teams will go to a three-day New Year break as of Thursday and will resume talks on January 3.

Delegations from Iran and the P4+1, China, France, Germany, Russia, and the UK, returned to Vienna, Austria, on Monday after a Christmas recess.

EU foreign policy chief Enrique Mora who co-chaired the JCPOA Joint Commission meeting on Monday evening told reporters that the upcoming break was only due to Palais Coburg’s suspension of services.

The ongoing round of talks – the eighth round – was originally set to be held after the New Year holiday, but the teams decided to reconvene between the two holidays as an indication of seriousness.