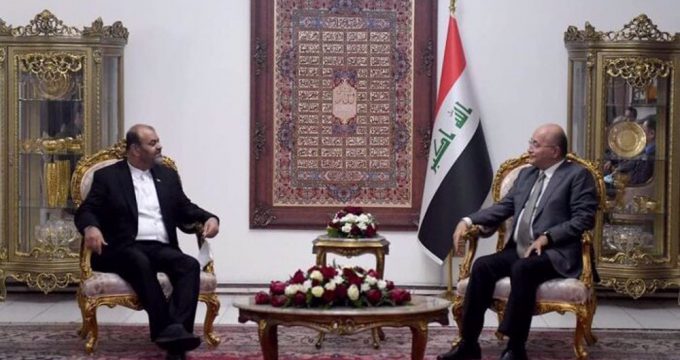 ran and Iraq have signed a final and binding agreement on how they will jointly contribute to the construction of a stretch of railway that connects Iranian rail network to the Mediterranean coast in Syria.

Iran’s transportation minister Rostam Qassemi said on Monday that he had inked the agreement on Shalamcheh-Basra railway during his meetings earlier in the day with senior Iraqi officials in the capital Baghdad.

Qassemi said the contract sets a clear timetable on how a joint Iranian-Iraqi company will start construction works on the 32-kilometer railway that will stretch from the Iranian border to the oil-rich city of Basra in southern Iraq.

“This agreement has a clear timetable and one of its articles stipulates that execution phase will practically start within a month,” the minister was quoted as saying by the Iranian media.

The signing of the contract came days after Iraqi Foreign Minister Fuad Hussein gave assurances to Iranian authorities during a trip to Tehran that all hurdles halting the project will be removed soon.