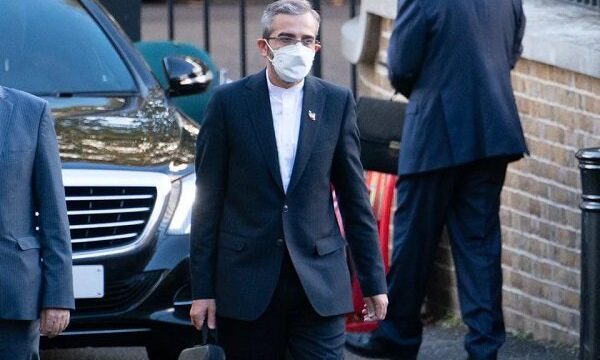 Iran’s top negotiator Ali Bagheri Kani arrived in the Austrian capital of Vienna on Monday morning to discuss the removal of the illegal sanction with the P4+1 countries.

Heading a high-ranking delegation, Ali Bagheri Kani arrived in Vienna to hold talks with the remaining parties to the JCPOA on the removal of the illegal sanctions.

Bagheri Kani is scheduled to attend the Coburg Hotel in the next few hours to hold diplomatic consultations before the resumption of the meeting of the Joint Commission of the Joint Comprehensive Plan of Action (JCPOA).

The first round of the sanction removal talks under Iranian President Ebrahim Raeisi’s administration started on November 29 following a five-month pause.

During the discussions, which concluded on December 17, Iran presented two draft texts which address, separately, the removal of US bans and Iran’s return to its nuclear commitments under the JCPOA.

The new round of the talks is scheduled to resume this afternoon in the presence of heads of negotiating delegations of Iran, the European Union and the P4+1 in Vienna’s Coburg Hotel.