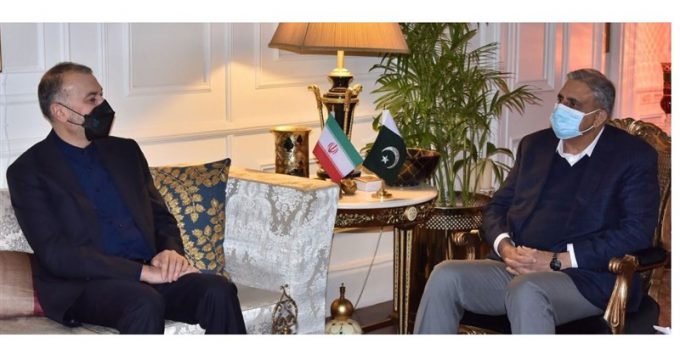 Iran’s Foreign Minister Hossein Amir-Abdollahian and Chief of the Army Staff of Pakistan General Qamar Javed Bajwa discussed cooperation between Tehran and Islamabad in the fight against terrorism.

During the meeting, which took place on the sidelines of the 17th Extraordinary Session of the Organization of Islamic Cooperation Council of Foreign Ministers in the Pakistani capital on Sunday, the two sides emphasized the need for continued cooperation between Iran and Pakistan in fighting terrorism.

Amir-Abdollahian said the two countries’ relations were at suitable level in such areas as border security, calling for enhanced cooperation in this regard.

Given the capacities of the two countries in various fields of cooperation, the Iranian foreign minister announced the country’s readiness to export electricity and gas to Pakistan

The two sides also discussed the latest developments in Afghanistan, with the Iranian foreign minister emphasizing the need to establish an inclusive government in the country representing all ethnic groups as the only way to establish peace and security in Kabul.