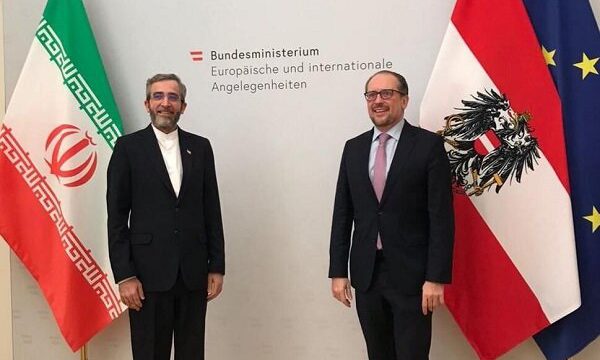 Stating that deal is alive because of Iran’s responsible conduct, Iran’s top negotiator said that dishonest reports from the outside of negotiating room won’t weaken Iran’s will to reach a deal securing its nation’s rights.

Referring to his meeting with Austrian Foreign Minister Michael Linhart, Bagheri Kani in a tweet wrote, “In a friendly meeting with Austria’s new FM, I stressed our seriousness & good will in Vienna talks.”
“Deal is alive because of Iran’s responsible conduct. Dishonest reports from outside negotiating room won’t weaken our will to reach a deal securing our nation’s rights & interests,” he added.

Bagheri Kani is in Vienna to attend negotiations on lifting sanctions against Iran.