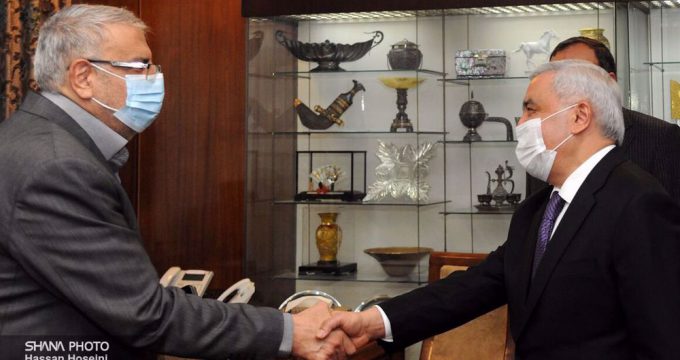 The Iranian Oil Ministry and Azerbaijan’s SOCAR energy company have discussed avenues for increased cooperation in oil and gas projects, especially in the Caspian Sea region, amid improving ties between the two neighboring countries.

SOCAR president Rovnag Abdullayev paid a visit on Wednesday to Iran’s Oil Ministry headquarters in Tehran where he met Oil Minister Javad Owji, according to a report by the ministry’s news service Shana.

Owji and Abdullayev discussed how Iran and Azerbaijan can boost their energy ties and improve cooperation in the Caspian Sea where major oil and gas reserves are located, said the report.

The visit comes just 10 days after Iran signed an agreement to swap natural gas received from neighboring Turkmenistan, located east of the Caspian Sea, with its own gas for delivery to Azerbaijan to the western side of the sea.