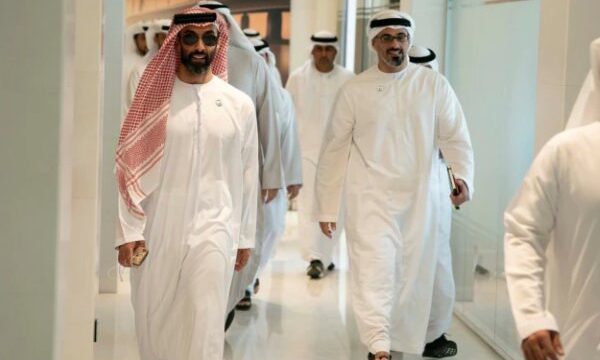 The trip is going to be held at an official invitation by secretary of the Supreme National Security Council of Iran Ali Shamkhani, who is also the representative of Supreme Leader of the Islamic Revolution Ayatollah Seyyed Ali Khamenei.

Sheikh Tahnoun is scheduled to hold talks with his Iranian counterpart as well as some other high-ranking officials in Tehran.

Expansion and enhancement of mutual ties, as well as consultations on the latest developments in the region, are among the objectives of the UAE top official to Iran.

Some regional and international media outlets have reported that Anwar Gargash, a diplomatic adviser to the UAE president, addressed reporters that a delegation would soon visit Iran and that their friends are already aware of the trip.