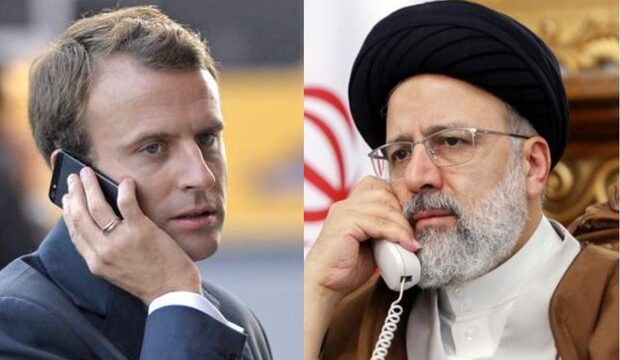 Referring to the start of negotiations for the lifting of sanctions, Iranian President Ebrahim Raeisi said that sending a comprehensive team to Vienna shows the serious will of Iran in the negotiations.

He made the remarks in his phone talk with French President Emanuel Macron.

In a phone talk held on Monday night, the Iranian President and his French counterpart discussed nuclear talks, joint fight against coronavirus and regional cooperation.

“Iran has always adhered to its commitments on the nuclear issue and the International Atomic Energy Agency has repeatedly confirmed Iran’s adherence,” said Ebrahim Raeisi, adding, “Those who violated the deal should be asked why they did not fulfil their obligations? And we reaffirm that we are committed to our commitments.”

Referring to the start of negotiations for the lifting of sanctions, the President said, “Sending a comprehensive team to the negotiations shows the serious will of Iran in these negotiations.”

Raeisi called on the French President to work with other countries in Vienna to conclude negotiations and lift sanctions on Iran.

The President emphasised, “Sanctions have not been able to stop Iran on the path of progress, and today the whole world knows who the violators of the JCPOA are and they must return to their obligations.”

“The current situation is the result of the Americans and Europeans not fulfilling their obligations in JCPOA,” Raeisi stressed.

Raeisi emphasised, “Those who have started violating the JCPOA, should gain the trust of the other side so that the negotiations can proceed in a real and fruitful way”.