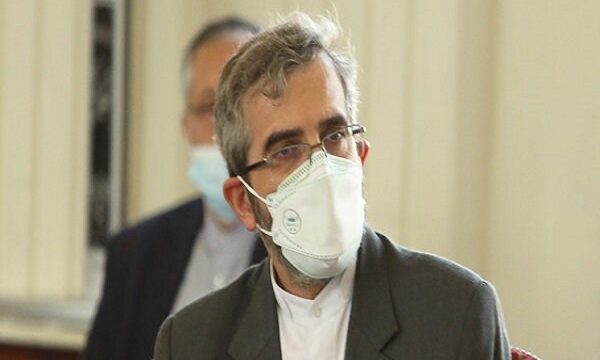 Iran after lifting of sanctions, benefiting from nuclear knowledge

The Islamic Republic of Iran takes part in Vienna talks with the aim of getting rid of sanctions and benefiting from nuclear know-how for peaceful purposes, Iranian top nuclear negotiator declared.

Ali Bagheri Kani, Iran’s deputy Foreign Minister and top nuclear negotiator, has written an article, which was published by Financial Time on Sunday.

The Iranian official wrote in the opinion, “This week, Iran and five global powers gather in Vienna for so-called ‘nuclear negotiations’. This very term — which is used to refer to the Joint Comprehensive Plan of Action (JCPOA) agreement — is rife with error.”

Bagheri Kani wrote, “Western countries, in particular the US, work tirelessly to portray ‘negotiations’ as merely a process to restrict Iran’s legitimate and peaceful nuclear programme, which is enshrined in international treaties and watched by oversight organisations. From Iran’s perspective, however, ‘negotiations’ must pursue real objectives, observed by all parties.”

The Islamic Republic follows up two goals when it comes to negotiations: “The first is to gain a full, guaranteed and verifiable removal of the sanctions that have been imposed on the Iranian people. Without this, the process will continue indefinitely. ‘Negotiations’ without an airtight solution benefit no one.”

Previous efforts did not bear any fruit because the West wants to use any agreement as a basis to put more pressures on Iran, so such a dilemma forced the signatories to the JCPOA to come back to the negotiating table.