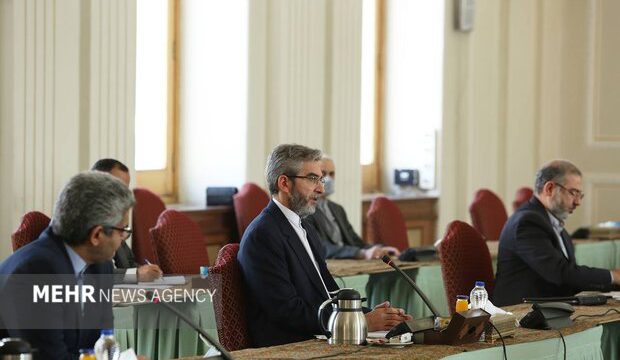 Iran’s negotiating team, led by Ali Bagheri Kani, held bilateral and trilateral meetings in Vienna on Sunday with the diplomatic delegations of Russia, China as well as the EU.

The Iranian team arrived on Saturday in Vienna and started meetings which continued on Sunday at an expert level with the heads of the Russian and Chinese negotiating teams, as well as the EU Coordinator Enrique Mora,” the acting head of Iran’s Mission in the IAEA Board of Governors Mohammad Reza Ghaebithe said.

Russia’s Permanent Representative for Vienna-based International Organizations Mikhail Ulyanov said in a tweet last night that informal bilateral consultations had begun between Iran and P4+1 in preparation for the Monday meeting.

Iran’s top negotiator and foreign minister both repeated on Friday that full removal of the sanctions would be the only thing on the table in Vienna.