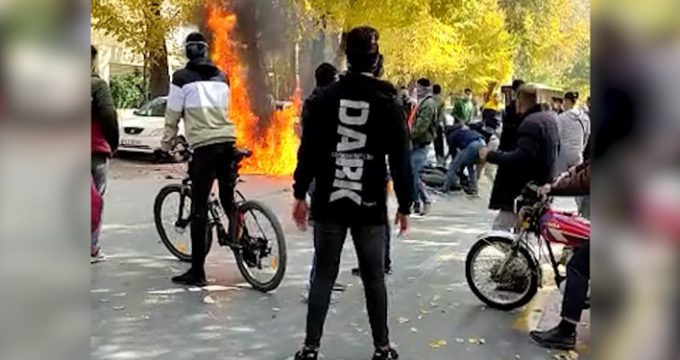 Iranian security forces fired teargas on Friday during clashes with protesters demonstrating in the city of Isfahan in support of farmers angry over water shortages, according to Iranian news agencies and social media posts.

Fars news agency said demonstrators threw rocks and set fire to a police motorcycle and an ambulance. “They are in groups of 40-50 on streets around Khaju Bridge and are estimated at around 300,” Fars said.

Thousands of people, including farmers, have been protesting from last week against actions resulting in a major river drying up in Iran’s central city of Isfahan, calling on authorities to open a dam to relieve drought-stricken areas.

The protesters on Friday gathered on the banks and barren riverbed of the Zayandeh Rud River, which has lost almost all its water in recent years.

The demonstrators were critical of dam construction and the development of water-intensive industries and blamed the re-distribution of the key river’s water to other cities for its arid state.