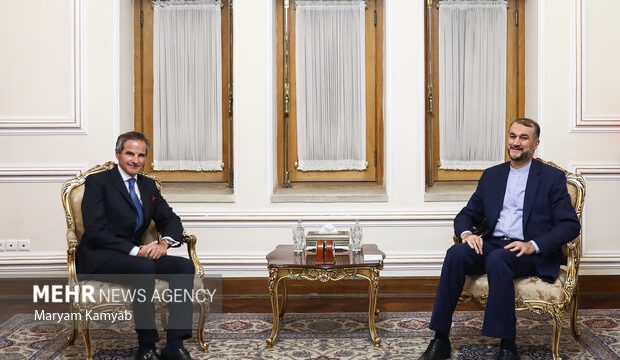 During the meeting, Amir-Abdollahian emphasized the serious will of the Islamic Republic of Iran to have constructive relations with the Agency within the framework of the Safeguards Agreement and expressed hope that during the visit of the Director-General of the Agency, mutual trust and cooperation would further strengthen.

The top Iranian diplomat also stressed the importance of the Agency’s technical, professional and impartial work and the need to resist foreign political pressures.

The Director-General of the Agency Rafael Grossi, for his part, emphasized the technical, professional and impartial approach of the Agency and described his visit as a sign of the willingness for talks and mutual understanding, and resolve issues and promote cooperation with the Islamic Republic of Iran and expressed the Agency’s readiness to resolve other remaining issues in the future months in close cooperation with Tehran.