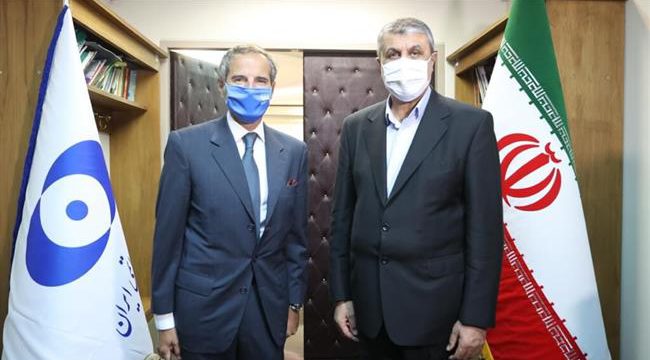 Stating that Iran is serious in its nuclear program, the Head of the Iranian Atomic Energy Organization (AEOI) said that in today’s meeting, Grossi stressed that the IAEA has not seen any deviations in Iran’s nuclear program.

Mohammad Eslami made the remarks in his joint press conference with the IAEA Director-General Rafael Grossi on Tuesday in Tehran.

“The whole issue between Iran and the International Atomic Energy Agency is a technical one, and the IAEA does not take into account or be influenced by the political issues and conspiracy theories of Iran’s enemies in advancing Iran’s nuclear program,” he said.

“Grossi has repeatedly stated today that he has not seen any deviations in Iran’s nuclear program and that Iran is pursuing its nuclear activities in accordance with treaties and regulations,” he added.

AEOI chief went on to say, “Another important issue is that Iran is determined in its nuclear program… This issue is on our agenda and the International Atomic Energy Agency will help Iran in this regard.”

Referring to his previous meeting with Eslami in September, Grossi, for his part, said that the two sides had intensive talks today and are looking to continue negotiations so that they can find common ground.