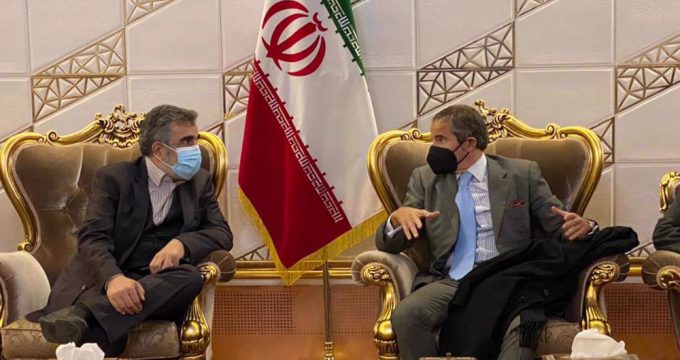 The director general of the International Atomic Energy Agency (IAEA) has arrived in Tehran for meetings with top Iranian officials, days before the resumption of high-profile talks in Vienna on the removal of the United States’ sanctions against the Islamic Republic.

Rafael Grossi arrived at Imam Khomeini International Airport on Monday evening and was welcomed by the spokesman of the Atomic Energy Organization of Iran (AEOI), Behrouz Kamalvandi.

The UN nuclear watchdog’s chief is scheduled to meet with the head of the AEOI, Mohammad Eslami, on Tuesday morning.

He will also hold talks with Iranian Foreign Minister Hossein Amir-Abdollahian Tuesday afternoon when they will meet for the first time.

Talks on creating a framework for cooperation between the IAEA and the AEOI are high on the agenda of Grossi’s visit to Tehran.