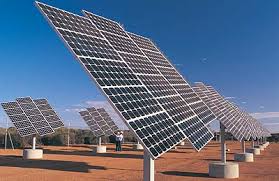 Iran is expected to launch its first thermal solar power plant in 2023, says a senior Energy Ministry official, amid pledges to increase the share of renewables in the country’s electricity generation mix.

CEO of Iran’s Thermal Power Plants Holding Company (TPPH) Mohsen Tarztalab said on Thursday that the new power plant will produce 17 megawatts of clean energy, enough to supply more than 30,000 homes in areas near the central city of Yazd, where it is located.

Tarztalab said that construction of the power plant will start next week as he added that a consortium of Iranian companies will build the facility using finances provided by the TPPH.

Iran has nearly 500 MW of capacity for traditional photovoltaic solar power. The thermal solar, however, uses a new technology that allows storage of the sun’s heat to generate electricity for hours, including at night.

The Iranian Energy Ministry has announced plans to roll out around 10,000 MW of new renewables capacity within the next four years on top of nearly 1,000 MW it is operating currently.