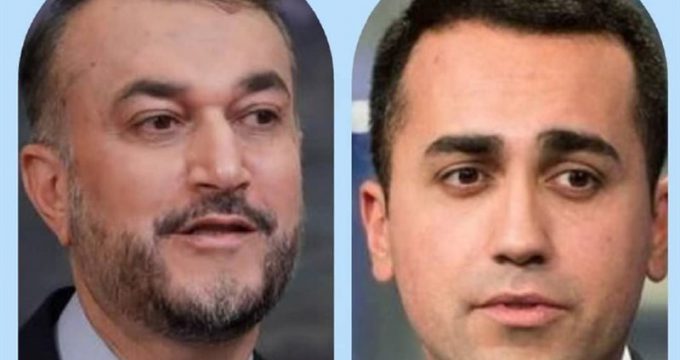 Foreign Minister Hossein Amirabdollahian expressed the Iranian administration’s determination to promote cooperation with Italy on the basis of mutual respect, describing the age-old diplomatic ties as a suitable ground for the expansion of political and economic relations.

In a telephone conversation on Monday, Amirabdollahian and his Italian counterpart Luigi Di Maio discussed a broad range of issues, from the bilateral ties between Tehran and Rome to the latest developments in Afghanistan and the talks on the revival of the 2015 nuclear deal.

Amirabdollahian described the 160-year-old diplomatic relations between Iran and Italy as a good support for the growing development of ties in various political, economic and cultural areas. He said the new Iranian government is determined to further develop its cooperation with friendly countries, including Italy based on mutual respect and by reliance on the capacities and opportunities of the relationships, the Foreign Ministry’s website reported.