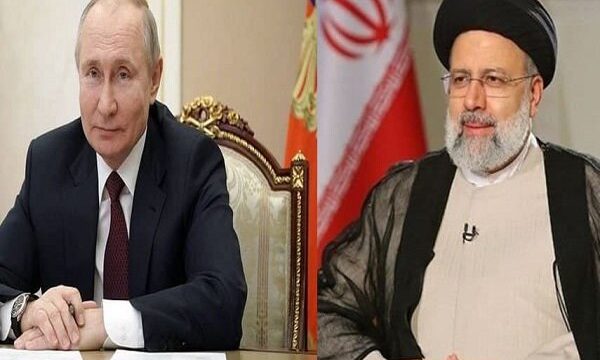 Iranian President Ebrahim Raisi said on Tuesday that Iran is serious about the upcoming nuclear talks in Vienna and is serious as well to securing the rights of its citizens by ensuring the removal of the sanctions on the country.

The president made the remarks in a phone conversation with his Russian counterpart Vladimir Putin.

Stressing Iran’s resolve to expand trade and economic relations with Russia, Raisi said that Tehran is ready to finalize a comprehensive cooperation deal between the two countries.

He said that Tehran and Moscow have many common grounds in the international arena, including the fight against unilateralism and strengthening multilateralism.

The Iranian president appreciated Russia’s support for Iran’s nuclear rights and the need for the removal of all the sanctions on Tehran.

He also welcomed a Russian initiative about restoring peace and stability in the Caucasus region.

Both sides stressed that they will not accept any change in the geopolitics of the regional countries.

The Russian president, for his part, voiced his country’s support for drafting a comprehensive document between the two countries, noting that Moscow is determined to implement the deal as soon as possible.

Emphasizing that Moscow attaches great importance to improving the level of economic relations and finalizing joint investment programs with Iran, the Russian President said, the two countries are witnessing positive inclinations for increasing the level of bilateral, regional, and international cooperation, and there is no doubt that the development of cooperation will accelerate.

Referring to the two countries’ cooperation in regional issues, especially on Syria, Putin said, “By working together, we were able to preserve Syria’s independence and destroy the terrorist hotspot in the country. Of course, we must continue our close cooperation, especially in various regional areas”.

The Russian President also expressed support for the rights of the Iranian people on the nuclear issue and expressed hope that in the future negotiations, the parties would have sufficient political will to get out of the current situation.

Expressing concern over the situation in Nagorno-Karabakh issue, Putin said, “To increase the level of trust and cooperation in the region, we seek to launch a 3+3 consultative mechanism, and we hope that the Islamic Republic of Iran supports it”.

The Russian President concluded, “Russia is determined to continue cooperating in the fight against COVID-19 and sending vaccine shipments to Iran”.