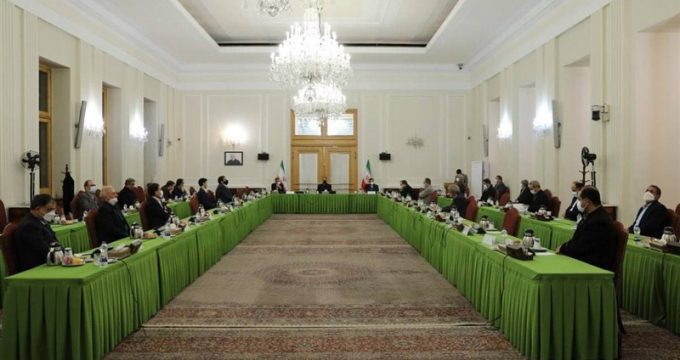 Iran to attend Vienna talks with ‘Good Will’: FM

The foreign minister of Iran expressed Tehran’s intention to enter the upcoming round of the Vienna talks on the revival of the 2015 nuclear deal with good will, although the US has pulled out of the agreement and the EU parties have failed to honor their commitments.
Hossein Amirabdollahian on Saturday received members of the Advisory Commission of the Public Diplomacy Center as well as a number of Iranian analysts, university professors, journalists and ambassadors.

In the meeting, the foreign minister expounded on the foreign policy of the Iranian administration.

He said Tehran is entering into talks in Vienna in good faith despite the US’ breach of its commitments under the JCPOA and withdrawal from the deal as well as Washington’s violation of UN Security Council Resolution 2231, not to mention the European parties’ failure to make good on their JCPOA obligations, the Foreign Ministry’s website reported.