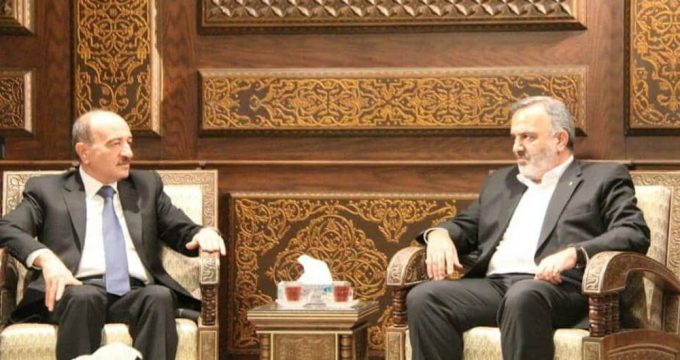 Tehran and Damascus have signed an agreement to resume dispatching pilgrims to Syria, as Damascus has renewed presence in the region, with regional Arab counties normalizing their relations with Syria.

The agreement was inked by Head of Iran’s Hajj and Pilgrimage Organization Alireza Rashidian and Syria’s Tourism Minister Mohammad Rami Radwan Martini during the former’s visit to Syria.

“The issue of health, observance of health protocols, and safety of pilgrims is very important in re-establishing these trips,” Rashidian said after the meeting on Thursday.

He added, “The reopening of this pilgrimage route will bring joy to Iranian pilgrims.”

In recent days, Iran has also welcomed the reestablishment of relations between Syria and other Arab countries of the region, saying such moves will benefit both sides.

“Syria has always been one of the most important and most influential countries in the Arab world and the region, and Syria’s renewed presence in the region will lead to further growth and dynamism in this region,” Iranian Foreign Ministry spokesman Saeed Khatibzadeh said on Thursday.

In recent months, there has been a race among Arab countries to mend their ties with the Syrian government, ten years after the beginning of a conflict in Syria, through which key Arab countries tried to overthrow Syrian President Bashar al-Assad.

Iran-Syria pilgrimage deal November 13, 2021
Iran wants guarantee US will not leave again JCPOA
US should lift all sanctions imposed in context of JCPOA: Lavrov