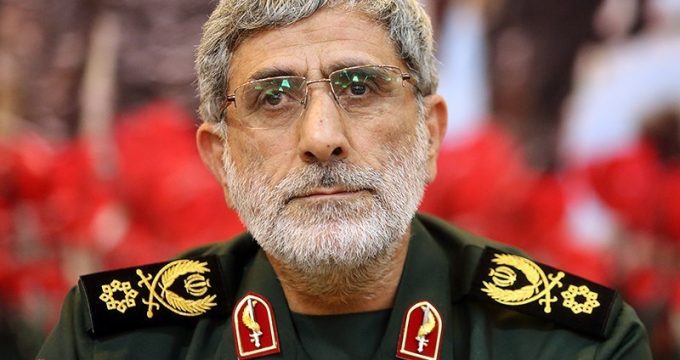 In a surprise visit to Baghdad, Commander of the Islamic Revolution Guards Corps Quds Force Brigadier General Esmaeil Qaani emphasized the necessity for unity and stability in Iraq after a recent assassination attempt against the Iraqi prime minister.

According to a report by Lebanon’s al-Mayadeen news network, which was published on Monday, the surprise visit took place on Sunday, during which Brigadier General Qaani met with the Iraqi Prime Minister Mustafa al-Kadhimi, President Barham Salih, a number of Iraqi ministers, and other high-ranking political officials and dignitaries.

He stressed the importance of avoiding any action that would threaten Iraq’s security.

The general also stressed the need for addressing the demands of Iraqi people and those protesting the results of the country’s recent parliamentary vote.

He further called for the restoration of calm to Iraq after tensions in the country’s political arena due to the refusal of some political blocs to recognize the results of the October parliamentary elections and the ensuing protests that resulted in casualties.

Iran-Iraq relations November 8, 2021
US must remove all sanctions to regain JCPOA membership: Iran
Iran urges UK to pay off debts