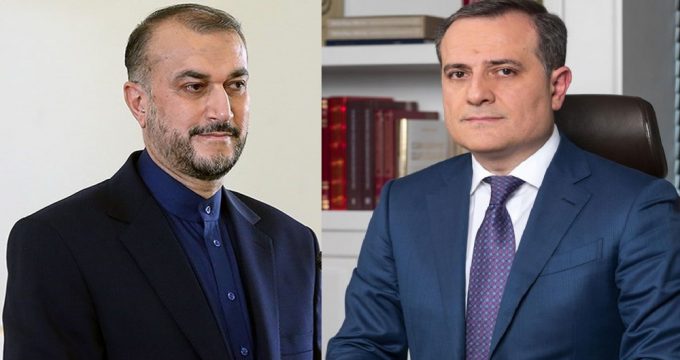 Having cleared up misunderstandings, Tehran and Baku determined to promote ties: Iran FM

In a Saturday telephone conversation with his Azeri counterpart Jeyhun Bayramov, the Iranian foreign minister hailed the two countries’ relations as close and brotherly.

He said Iranian and Azerbaijani authorities prudently cleared up the misunderstandings that arose in the recent months, which were coupled with activities of certain parties that do not favor cordial relations between the two neighbors.

Having settled misunderstandings, ” the top Iranian diplomat pointed out, “We can now move towards further expansion of bilateral cooperation.”

In a phone call with his Azerbaijani counterpart last month, Amir-Abdollahian called for more positive steps toward settlement of possible issues between the two countries.