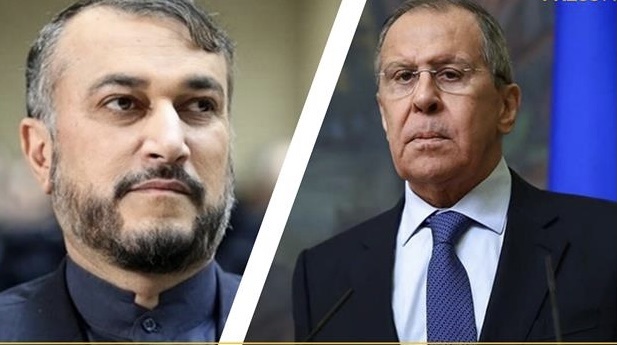 In a telephone conversation on Saturday, the foreign ministers of Iran and Russia discussed the resumption of “Vienna” talks on the revival of the JCPOA.

According to Russia’s RIA Novosti news agency, the Russian Foreign Ministry said in a statement today (Saturday) that Sergei Lavrov and Hossein Amir-Abdollahian discussed the return of the JCPOA to its original format and the resumption of Vienna talks on reviving the JCPOA in a telephone call.

According to a readout of the phone conversation released by the Iranian Foreign Ministry, Lavrov wished speedy recovery from the Covid-19 for his Iranian counterpart.

Amir-Abdollahian, for his part, thanked the Russian counterpart for asking about his health condition and praised Russia’s constructive and positive stance with regard to Iran’s nuclear issue.

Referring to the agreement reached with EU’s Enrique Mora on the timing of the start of the talks with the P4 + 1, the Iranian Foreign Minister stressed that the rapid progress of the talks requires that the European and American sides avoid making excessive demands beyond the JCPOA provisions and instead make realist and constructive demands.

The Iranian diplomat further said that the Islamic Republic of Iran considers the previous talks in Vienna, and stressed that Iran will pursue its demands vigorously in the forthcoming negotiations.