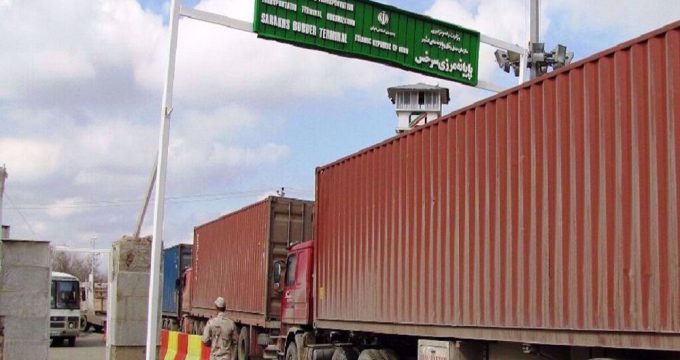 Local officials in Iran’s border regions with Turkmenistan say exports through a single border crossing with the country have increased significantly following recent agreements between the two neighbors to expand energy and trade ties.

Mohammad Reza Rajabi, who serves as the governor of the Iranian Sarakhs County, said on Thursday that the number of export trucks travelling to Turkmenistan through a single border crossing in the region had jumped three-fold to an average of 150 trucks per day over the past two weeks.

Rajabi said that the figure is a record high which exceeds numbers seen before the spread of the coronavirus in the region.

Iran relies on three border crossings with Turkmenistan for its growing exports to landlocked countries in the Central Asia region.