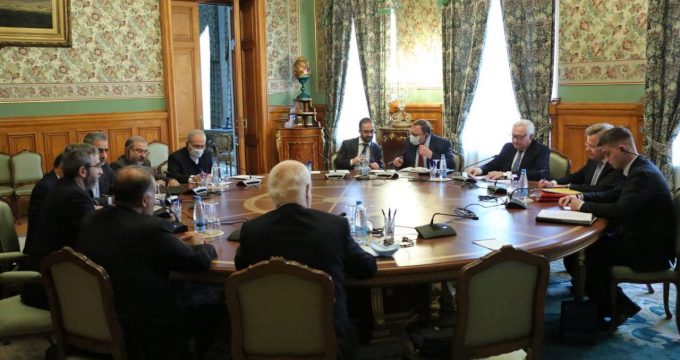 Iranian and Russian diplomats reiterated that any talk with the Group4+1 (Russia, China, France and Britain plus Germany) will be successful only if they result in the removal of all the unilateral sanctions imposed by the US against Iran.

Baqeri Kani arrived in Moscow on Thursday evening to continue talks he started in Brussels on how to remove the United States’ unlawful sanctions imposed on the Islamic Republic.

“The new talks will only be successful if they lead to the removal of sanctions and the full implementation of the parties to their commitments,” the Iranian and Russian diplomats said.

“The European parties of the P4+1 also need to live up to their commitments and work to remove the illegal sanctions,” Baqeri Kani added.

The Iranian deputy foreign minister had earlier in the day met with Mikhail Bogdanov, the Special Representative of Russian President Vladimir Putin for the Middle East affairs.