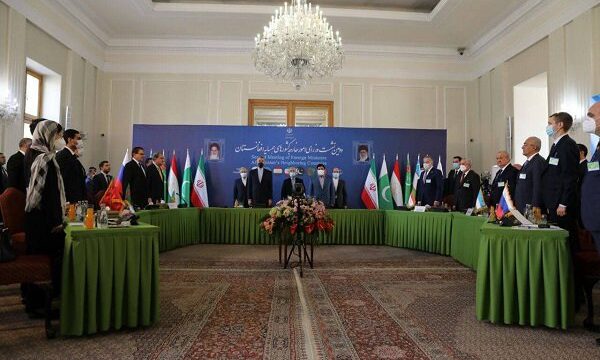 A meeting of the foreign ministers representing the neighbors of Afghanistan kicked off in Tehran on Wednesday morning.

Iranian First Vice President Mohammad Mokhber delivered a speech at the opening of the meeting, attended by seven foreign ministers.

The foreign ministers of Iran, Pakistan, Turkmenistan, Tajikistan, and Uzbekistan are taking part in the meeting in person, while their peers from China and Russia have attended the event via videoconference.

In an address to the conference, Iranian Foreign Minister Hossein Amirabdollahian expressed hope that the meeting would send a “joint message with a united voice” to the international community, regional states, and parties inside Afghanistan.