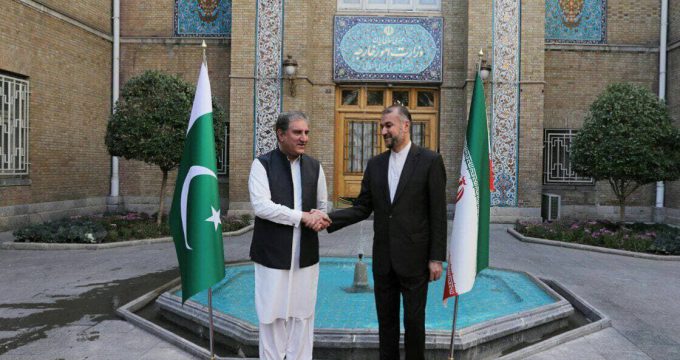 The Iranian FM Amir-Abdollahian and Pakistani counterpart stressed the need for regional cooperation to help peace in Afghanistan.

Iranian Foreign Minister Hossein Amir-Abdollahian met and held talks with his Pakistani counterpart, Shah Mahmood Qureshi, on Tuesday afternoon in Tehran. The meeting was followed by a joint press conference during which both sides stressed the need for regional cooperation to help peace in Afghanistan.

In the press conference, Amir-Abdollahian once again stressed the need for the formation of an inclusive government in Afghanistan, while saying that Iran is in touch with all Afghan groups in line with that goal.

He added that Iran has maintained its security consultations and contacts with the “caretaker” or “interim” government in Afghanistan, adding that Tehran in the meantime has kept its borders open to Afghanistan for border trade as well as sending humanitarian aid to get Afghanistan out of the current situation.