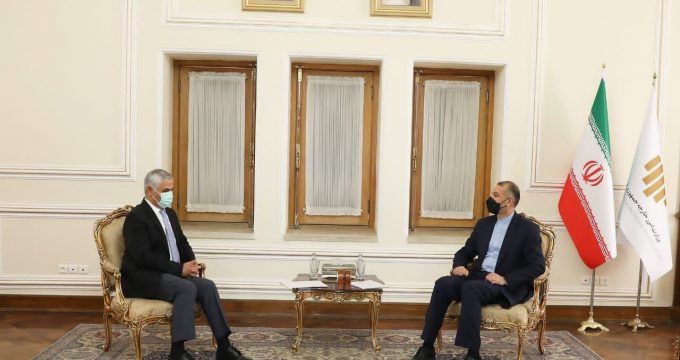 Iranian Foreign Minister Hossein Amirabdollahian on Saturday referred to recent talks with the European Union in Tehran and the continuation of talks in Brussels, noting that Tehran will resume nuclear negotiations with G4+1 soon.

Amirabdollahian made the remarks in a meeting in Tehran with the new Secretary-General of the Economic Cooperation Organization (OIC) Khusrav Noziri.

The long-term infrastructure projects by ECO in the fields of transportation, trade, finance, and banking have been satisfactory, the foreign minister said, expressing hope that the semi-finished projects will be completed during the tenure of the new secretary-general.

Amirabdollahian also touched upon the situation in Afghanistan, condemning the recent terrorist operations in the country.

The ECO secretary-general, for his part, referred to Iran’s key role in ECO, calling on Tehran to continue its support for the Organization.